Looking out of our window there is a space where there should be a smart blue Holden Monaro. It is now 10.30am on Sunday, half an hour ago two men appeared on our drive. I knew as soon as I saw them, why they were here. They had come to take my baby away. After months of reluctantly trying to sell our V8 car with the Chevy short block engine, I had a call on Tuesday from a man in Norwich who has been looking for one of these cars since 2003. He was so keen to buy it that he had transferred the money into my bank on Wednesday. I find it very odd that someone would part with that amount of money on a car he hadn’t even seen. He still hasn’t seen it as he sent a friend to collect it. So now we have a space where my car has sat for the last 16 months. Yes I am sad that I shall never get to drive it again. Owl is sad that he shall never get to hear the roar of the engine when it starts up.

Owl is now going to apply to get his driving licence back after a year of not driving. Once he gets his licence we shall buy him a cheap run around car maybe something like a Nissan micra but more likely a peugeot or something similar. Insurance is not going to be cheap since his drink driving ban.

On a brighter note, last night the two of us went to see a firework display. One that is reputed to be the best in the area every year. It was a lovely evening, although as we set off from home the rain began. It had been dry all day, but we were not put off. When we arrived it was still spitting but it wasn’t enough to dampen the atmosphere. I don’t have a clue what the turn out was but it was busy without being over crowded which was good. Whilst we waited for the fireworks to begin we each had a hotdog from one of the stalls set up among the funfair rides. The fireworks were fantastic, all set to music. I took several videos as well as photos. 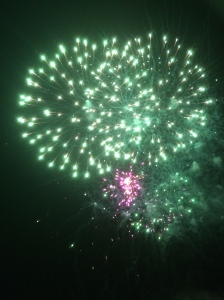 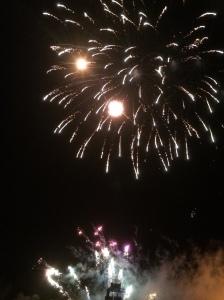 It was a great evening for us especially as we don’t often go anywhere together these days.