It’s 10 days to go before the election. On the radio they are discussing people who don’t vote and the many reasons why. One of the reasons being ‘my vote won’t make a difference’.

Where I live we know that no matter which party you vote for the same party will win. The same party has won for decades. It is what is known as a safe seat. There are four candidates standing in this constituency. I know which party I shall be voting for. It’s the same party I have supported since I was a young woman. However it doesn’t matter which of the three parties I vote for other than the one that will win. Many people think that there is no point going out to vote when the result will be the same anyway.

I don’t agree. I think we should all vote. No matter which of the three alternative parties you choose. Every vote cast against the leading party will reduce their winning majority. If we can do this each time eventually our votes will begin to make a difference. 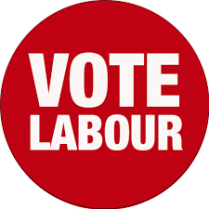